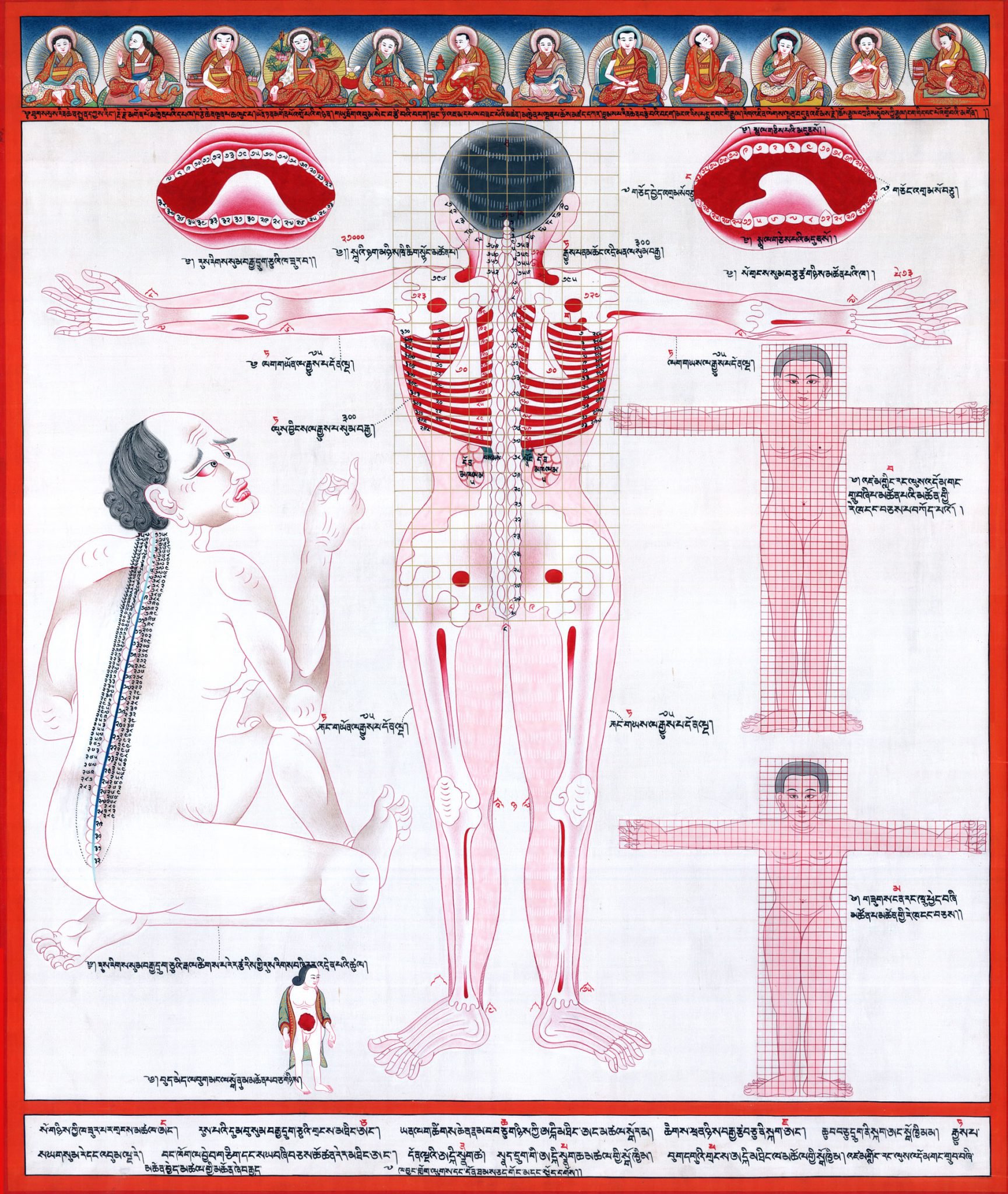 Medical Thangka of Human Anatomy Posterior View depicts the bone structure of the human body.  The size of this thangka is 74 x 90 cm.

Medical Thangka Topographical lines of the channels depict the bone structure of the human body.  The size of this thangka is 74 x 90 cm. The material used to make this thangka is Natural stone color.

The knowledge of Tibetan Medicine, which is known for its effectiveness in treating not only physical but also mental illnesses, was written down about a thousand years ago in the book of the Four Medical Tantras.

These medical texts were later described more in detail in the Blue Beryl, the 17th Century medical encyclopedia that became famous for its large number of special thangka paintings (that were added in 1687).