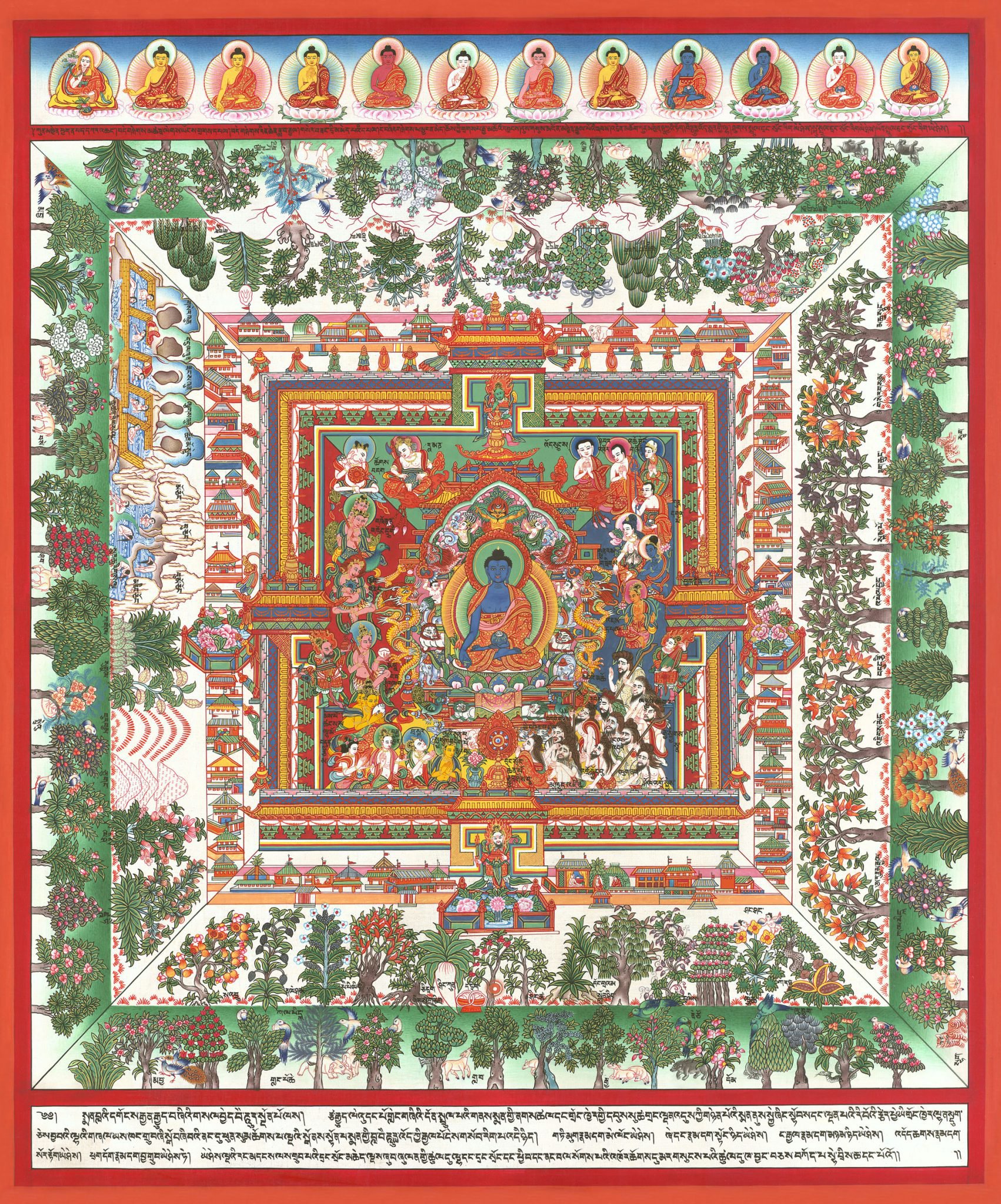 Mandala of Medicine Buddha is the first composition of the seventy-nine sets of paintings of the Blue Beryl Medical Charts.

This Thangka painting is the first composition of the seventy-nine sets of paintings of the Blue Beryl Medical Charts. The size of this thangka is 74 x 90 cm and the material used to make this thangka is Natural Stone Colors. The Guru of Medicine is also known by the name Vaidurya Prabha Raja, the ‘King of Sapphire Light.’

He is dark blue in color, with one face and two hands. He holds in the right hand a myrobalan fruit. The left hand is placed in the lap in the mudra of meditation supporting a begging bowl with the open palm. He is adorned with the orange and yellow patchwork robes of a fully ordained monk, the left arm covered.

He appears in the nirmanakaya aspect of a fully enlightened Buddha. In vajra posture above a moon disc, he sits on a multi-colored lotus and ornate lion-supported throne. Medicine Buddha Bhaisajyaguru is depicted in the center of a colorful and complex mandala sitting inside a palace in the city of Sudarshana.

The Buddha is surrounded by several Hindu and Buddhist deities, Indian rishis, and Tibetan monks including Arya Nagarjuna. Other important deities and gurus are displayed in the line on top of this thangka painting as well as in other paintings of the Blue Beryl. The central palace has four gates, each with a guardian and open to the four cardinal points.

The mandala is composed of a garden of medicinal plants, minerals, and other ingredients used in traditional Tibetan medicine as well as in Indian Ayurveda.